•Includes a collection of seawater of 2,852 m3/h
•The Eathisa project consisted of the design and supply of electrochlorination plant for that collecting.
•The purpose is to generate sodium hypochlorite from seawater electrolysis, which is injected into the collecting pipe itself for the elimination of biofouling.
•As part of designing, filter banks for retaining rings impurities were also used.
•Both electrochlorination as ring filters were technologies that were not known or used at that time in the mining and were successfully introduced by Eathisa. 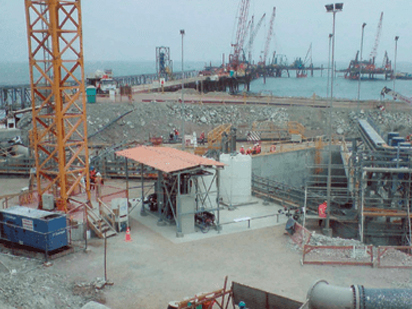