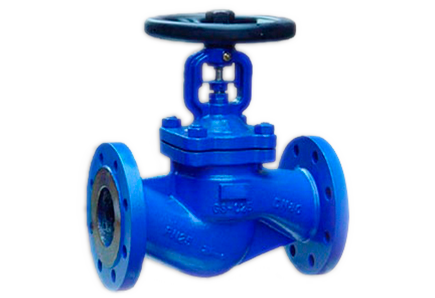 Globe valves are named for their spherical body. While some designs are currently not so spherical, retain the name by the type of mechanism. The valve plug is moved in a linear motion. In most cases, the drive mechanism is of a “screw”. The plug stem it will screw the bonnet globe valve. As he turns the rod, either by a steering actuator or multiple turn, moves the shutter linearly. The globe valve is used in the regulation of fluids. The geometry of the curve caracteriza shutter control, being linear to parabolic shutters. They are often used due to its low friction and can control the flow with the throttle to the desired degree. The closure may be metal-metal allowing use in conditions reviews.

DESIGN
According to the geometrical arrangement of the ports of entry and shaft seal can be classified globe valves in:
• straight globe valve seat (Straight)
• globe valve Angle seat (Y)
• Globe Valve seat angle
The globe valve is widely used in fluid regulation.
The geometry caracteríza shutter dimming curve being linear to parabolic shutters. They are often used due to its low friction and can control the fluid with the throttle to the desired degree.
THIS ENSURES THAT
• The closure may be metal-metal allowing use in condicones reviews.
• Load losses are important.
• The linear movement of the shaft is shorter than gate valves, saving time and wear.
• Still, globe valves of larger sizes require larger actuators.
• The assembly of the globe valve can be repaired without having to remove it from the system.
MATERIALS, DIMENSIONS AND WEIGHTS